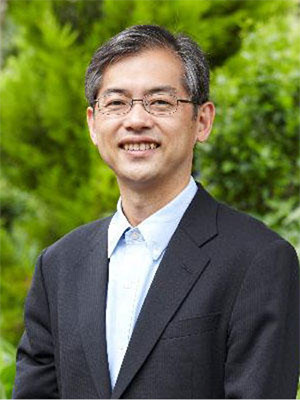 Riichiro Oda is a change agent for sustainability and a champion on systems thinking and organizational learning in Japan. After working at a multinational company and at an environmental NGO, he co-founded Change Agent, Inc. in 2005, which provides learning and process consulting addressing social issues and business opportunities in co-creating shared values with the society. His focus is on shared value creation across sectors and capacity development at both individual and organizational levels. He has accumulated 14 years of experiences in facilitating collaborations and/or learning in more than 1,000 sessions and for more than 20,000 participants from corporations, governments, international organizations, and NGOs in Japan and abroad. He currently hosts a supply chain initiative on food sustainability in Japan.

He has also served as a lecturer at Tokyo University, Kansai University, Tohoku University, Shizenkan University, and Tokyo Institute of Technology. He received MBA in General Management from the University of Oregon.

He has translated and written many books in the field of organizational learning and systems thinking: 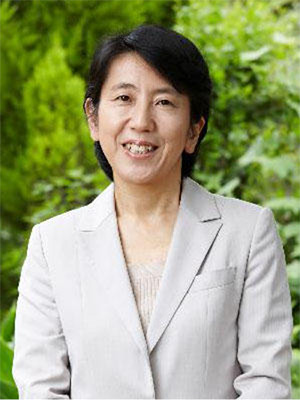 Junko Edahiro is one of most prominent environmental journalists in Japan and is a major icon for slow movements in Japan. She has translated books of Lester Brown, Al Gore, Dennis Meadows, Donella Meadows, David Suzuki and many others into Japanese, and also writes by herself dozens of books on climate change, energy, happiness, systems thinking, and many other sustainability topics. She promotes and facilitates environmental communication and dialogue among governments, corporations and citizens.

She also invites prominent opinion leaders from outside of Japan, and resides several networking events, which attracts hundreds of business people, policy makers, researchers, and concerned citizens. With these activities, she is deemed as an icon figure of networking across different sectors.

In 2002, along with other collaborators, she founded Japan for Sustainability (JFS), a non-profit environmental communication platform. JFS provides information on Japan's activities promoting sustainability on the website (www.japanfs.org) and publishes weekly digests and monthly newsletters. Serving as a Chief Executive, she has mobilized hundreds of volunteers to research, write, translate and publish 30 news articles every month on new regulations, policies, business initiatives, technology development and citizens' local initiative. JFS and its website have won several awards for advancing sustainable development.

She is also an initiator of the Candle Night campaign (www.candle-night.org/en/), in which over five millions of people join to turn lights off in the night of the summer and winter solstices to think about the environment and peace.

From 2002 to 2005 she founded three companies, all related to sustainability in one way or the other. e's, Inc. sells eco-products and support those who would like to transform themselves. Eco Networks, Inc. provides translation and consulting services and help Japanese corporations to conduct effective communication on sustainability and CSR. The other company is named Change Agent, Inc., and it provides consulting and education services, with tools such as visioning, systems thinking, communication and management systems.

In addition, she was an advisor to Japan's Prime Minister at the "Climate Change Roundtable," preparing for the Toya Lake Summit in 2008. She has served many other government committees and corporate boards related to climate change, biodiversity, and energy issues.

She speaks on sustainability outside of Japan, too – in Beijing, Bandung, London, Stockholm, Berlin, Davos, Washington DC, Singapore and Hong Kong. She has been selected as a council member of International Sustainability Innovation Council of Switzerland in 2008. She also gave a paper at the Fourth GNH Conference held in Thimphu, Bhutan in November, 2008. She spoke about her concept regarding a new lifestyle and mindset toward a more sustainable society as "De-Ownership, De-Materialization, and De-Monetization" at TEDxTokyo in May, 2011.

She has been chosen as a most successful career woman by Nikkei Career Women magazine in 2003. She has been selected as one of the "100 Planet Earth Lovers" at the World Expo 2005 held in Aichi, Japan. Also, she was named a Prominent Woman Leader in the Environment Movement by the Health and Human Services University of US.

In 2011, she founded the Institute for Studies in Happiness, Economy and Society (ISHES) to rethink on the relationship among happiness, economy, and society and explore better systems and indicators. ISHES engages in many activities, for example, seminars for thinking true happiness in relation with economy and society, and study meetings for developing dialogue skills to co-create even with people in different positions.

On June 12, 2011, Prime Minister Naoto Kan met in his office with prominent experts for a discussion on the future of Japan's national renewable energy policy and she was requested her participation in this meeting. In July, she launched Minna-no [Everybody's] Energy and Environment Conference (MEEC) with a variety of organizers, aiming to create a platform where people in various positions and with various philosophies can freely talk, discuss and conduct a dialogue about the future of energy in Japan. She intends making a groundswell through MEECs held in many places in Japan, as well as playing a role in creating and connecting processes for change in which each of us could think the most important question as one's own problem, "what is the truly desirable energy for our society?" and act for it.

In 2013, to comprehensively study the relationship among happiness, economy, and society and work on these themes, she holds workshops on happiness and sustainability. She organizes a website "e's Future Co-Creation Forum" to co-create new value from finding relationships among factors within a problem. She contributes to co-creation of happy and resilient future through human connections and dialogue.

Gore, A., 2007. An Inconvenient Truth: The Planetary Emergency of Global Warming and What We Can Do About It. Trans. Edahiro, J. Tokyo, Japan. Random House Kodansha Co., Ltd.